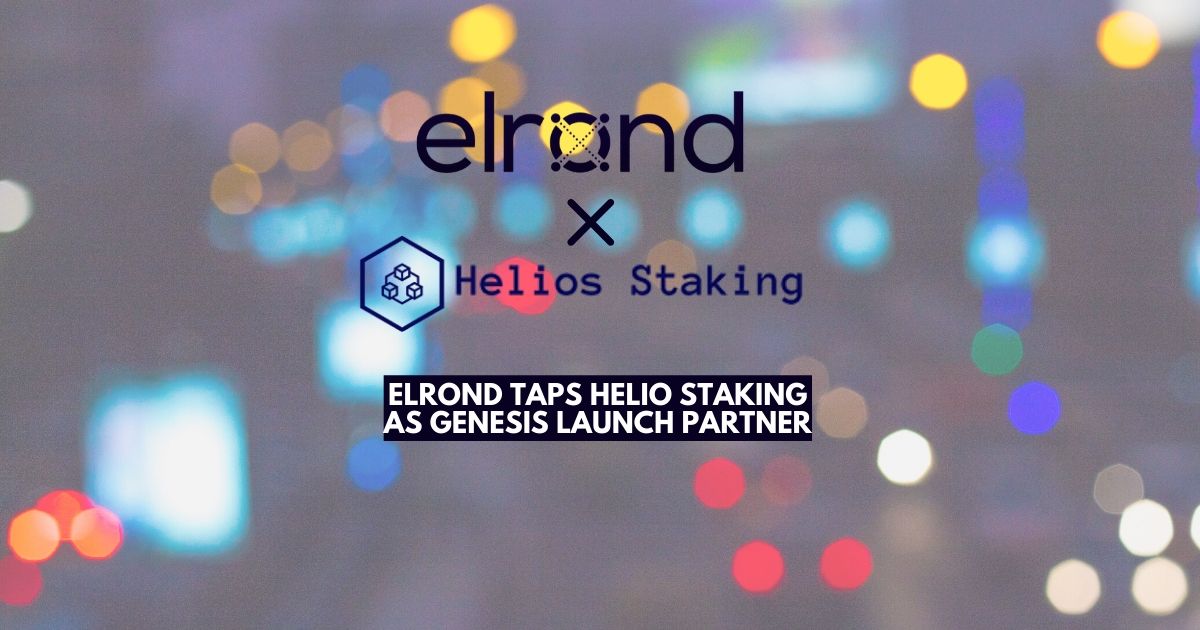 
New blockchain architecture platform, Elrond has announced that Helios Staking has been integrated as one of Elrond’s chosen and trusted Genesis Launch partners.

The Staking-as-a-Service provider will extend its development and bootstrapping support beyond the Elrond Mainnet. This would in return assist Elrond to secure more members in the blockchain space.

Additionally, Helios Staking would apply their skills and knowledge to support furthering the Elrond infrastructure landscape. As well as extend necessary resources to further educate other members of the community.

We’re excited to announce that we will be minting the $ERD 💥 Genesis Block side by side with our long-time contributor and now partner @HeliosStaking 👇🏻https://t.co/FIzRGhwZKd

Helio, who has pledged dedication towards the growth of Proof of Stake (PoS) blockchain networks. Will also offer Elrond services which include, ERD tokens delegation and guaranteed annualized returns through innovating staking products.

According to Kevin Lydon, CEO of Helios Staking, it is partnering with Elrond because it has witnessed how the project has grown and how committed its team is.

“We knew eventually blockchain technology could further our digital services. But it’s mind-blowing that Elrond has already allowed us to do that today.

“The tech, team, and community are something entirely special. And not only when compared to the blockchain space. We are extremely excited and humbled to be part of their journey by providing our services and continued support,” he said.

Similarly, Elrond has also disclosed that Just Mining has been integrated. And will operate it’s Validator nodes to support our Genesis launch.

According to the announcement, this will increase its growth and exposure in the French-speaking communities around the world.

They will also apply their deep expertise to operate its technology. And also provide feedback and advice as part of the collaborative efforts.

Owen Simonin, Just Mining CEO expressed his excitement with the corroboration. Noting shares the same technical drive as his firm.

“Our passion for the new internet constantly drives us to explore the latest technologies. Emerging from the rapidly evolving blockchain space and support the ones we believe will make the most impact,” he added.

The popular Staking-as-a-Service provider has recently partnered several blockchain-related firms in a bid to enable the easy deployment and hosting of its nodes.

According to Lucian Mincu, Elrond CIO, “We’re a technology-focused project, but we have gotten where we are thanks to our propensity for thinking in clear business terms about everything that we do.”

Notably, to achieve its current form, Elrond had to introduce two key innovations. (a) a novel Adaptive State Sharding mechanism, and (b) a Secure Proof of Stake (PoS) algorithm, enabling linear scalability with a fast, efficient, and secure consensus mechanism.

Currently, according to reports Elrond can process over 10,000 transactions per second (TPS), with 5-second latency, and negligible cost, attempting to become the backbone of a permissionless, borderless, globally accessible internet economy.

For more on information on Elrond Genesis click here to read more.