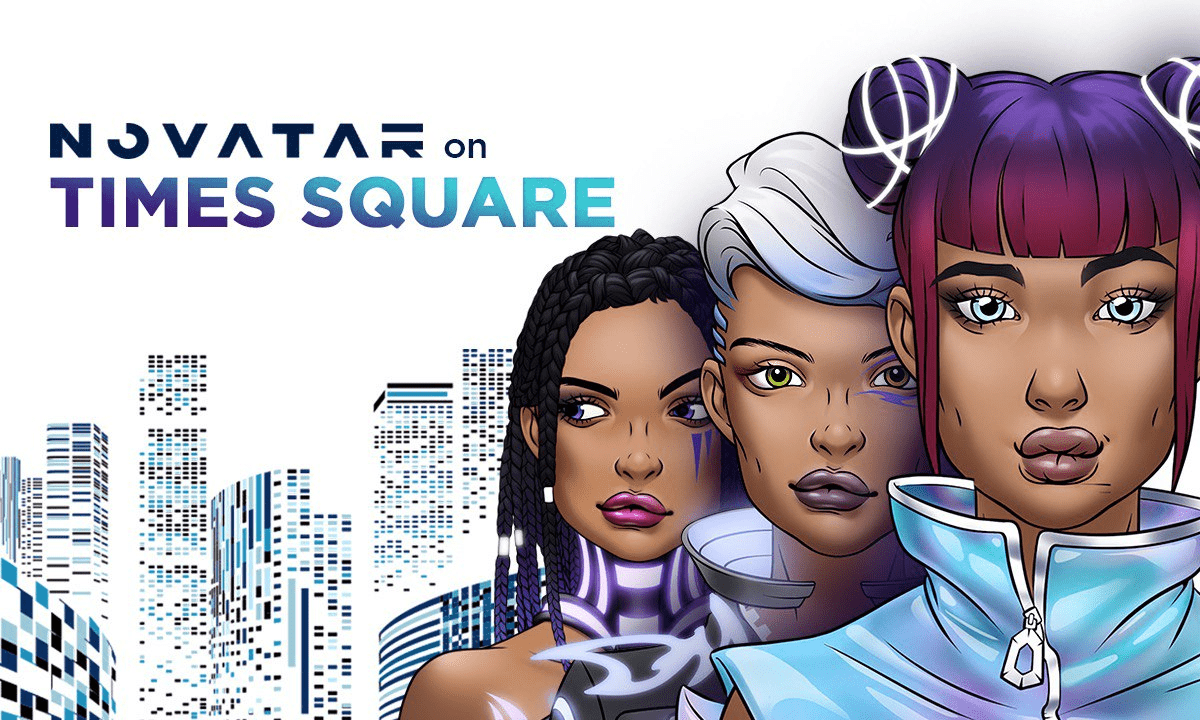 
These days NY Times Square is witnessing another NFT invasion: this time from the trendiest NFT avatar drop The Novatar.

🚀 First-ever technologically advanced avatars that will grow up on the blockchain are now the trend!!! 😎

The eye-catching visuals of the first aging NFT avatars burst on the Broadway Billboard located between 45th and 46th street and will keep displayed till February 17.

The 25K limited collection of AI-generated Novatars celebrates diversity and equality of genders, races, styles, and even age. The diversity spreads over the empowering almost all groups of people.

All Novatars will appear in the form of cute infants then grow up on the blockchain 30 days after reveal. Moreover, only a baby Novatar holder will decide when to transform it into an adult.

The Novatar collection stands out from other NFT collections as these are the first technologically advanced NFT avatars able to age on the blockchain. Moreover, they imitate real-life assuming that after transformation, the Novatar can acquire a profession.

Novatars’ features are written in their genes – basic and optional. Moreover, gene sets depend on the Novatar age. While the babies possess the basic set of 9 genes, adults can develop up to 14 genes, where 10 are basic and 4 are optional.  The large gene pool makes it possible to generate a community of thousands of unique one-of-a-kind Novatars.

When Twitter announced the support of verified NFT avatars these types of NFTs became the trendiest must-have. As NFT Novatars meant to be applied as profile pictures in social media and avatars in the upcoming metas, to become a digital identity of their holders, a building block the complex emerging world.

Today, everyone is talking about the NFTs’ future applications in the metaverse, a term that describes the concept of our new digital existence.

Technologically advanced and all-encompassing metaverses emergence is at hand, coming to replace our physical reality. Very soon having an NFT Novatar will be more than following the trend.