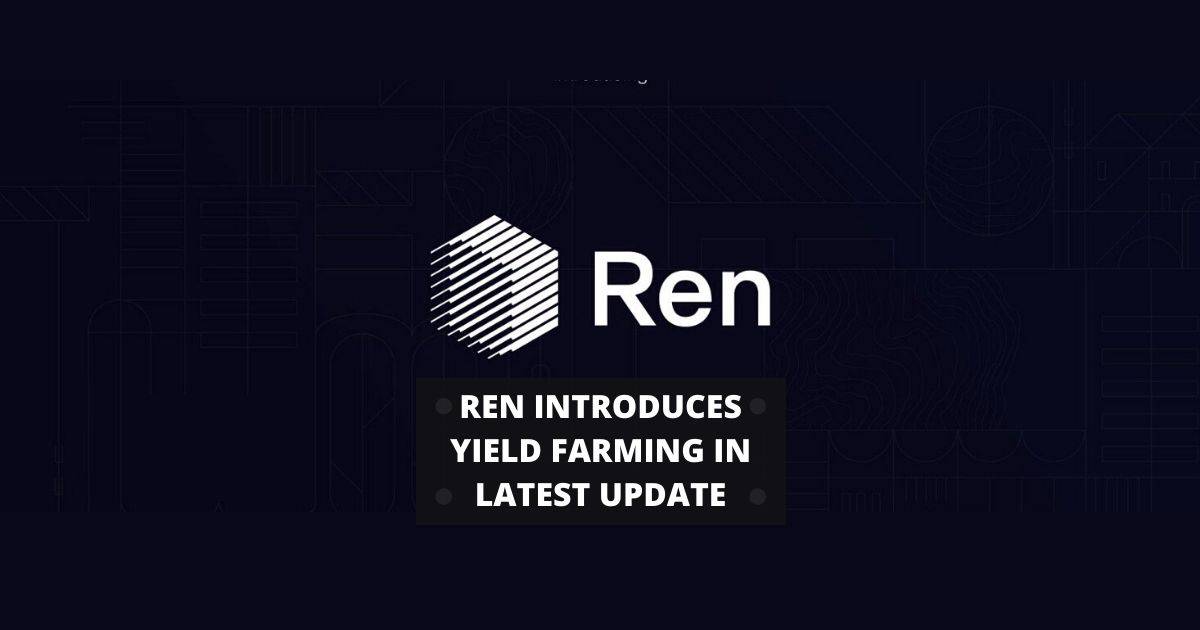 
Ren has released its second ecosystem update, which revealed the activities of the ecosystem since the successful launch of RenVM’s successful Mainnet.

Ren, an open protocol, enables the private transfer of value between blockchains. In their latest update, they shared various activities including infrastructural updates, milestones, integration, additions, community updates, and more.

Ren introduced their new project known as Yield Farming. This project will bring about an incentivized BTC Liquidity Pool. It is made possible through Ren’s partnership with Synthetix and Curve Finance.

With this project, you can put your BTC to work. It is also one of RenVM’s projects towards developing DeFi.

Since its release on the 2nd of March, it has accommodated 61 members in total. Any firm having a project that would require a partnership from RenVM is to complete the application in order to join the Ren Alliance.

Ren celebrates Chico as their community member for the month. Chico has been one of the longest supporters and advocates of the organization, making him a true asset to them.

Chico is known for supporting the community, educating the public on RenVM, and offering assistance on core protocol modifications. As a smart chap who advocates for the community, the organization admonished him to “keep up the good work”.

The growth of RenVM’s usage will greatly increase its impact on the Decentralized Finance ecosystem. The ecosystem, however, looks forward to more achievements in their future updates.